Ever since we were young, we played board games with our family and friends. These board games were straightforward, and often times consisted of simply rolling the dice and moving your piece forward as many boxes as the die said. Later on, when we were closing in on adolescence, we pushed aside The Game of the Goose or Parcheesi in favour of the Spanish deck of cards, which offered a countless number of games. These games are somewhat more complex, and introduce elements such as strategy, probability, and psychology. And let's not forget the luck factor that many times helps players by serving them a crushing victory against a worthy opponent.

Playing board games is an experience, and enjoying them often does not only depend on playing, but also on the environment created by the players. Different games with different types of learning difficulties will be proposed in each session. There will be all kinds of games, each one with unique mechanics, and for all audiences; adults, children, and adolescents. The goal is to make known the vast world of board games and have a fun afternoon. Don't miss your turn! 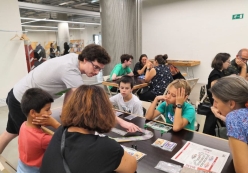 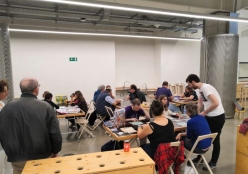 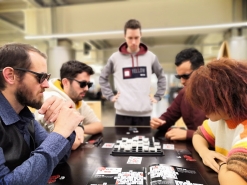 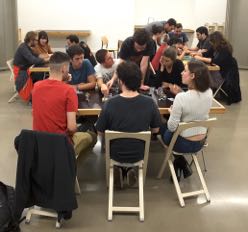 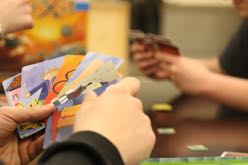