A cyclotrope is a cross between a zoetrope and a bicycle. While you move your legs and do exercise, the image will start moving and you will see a small audiovisual work before your eyes. But this will be just one of the audiovisual artefacts that we will see during this series of four workshops.

With these four entertaining and educational workshops we want to return to the origins of animation and film, where participants will learn how to build optical toys of all kinds.

We will learn about one of the toys of the 19th century which was a precursor of film, consisting of a cylinder with vertical cuts. When looking through these, an illusion of movement is created when the cylinder spins.

On this day we will draw and produce animations with colourful lights, using simple torches to emulate the Japanese Pika-pika technique, which refers to the sparkle of light and is done in complete darkness.

In this animation workshop using plasticine, frame by frame we will breathe life into inanimate objects.

We will learn about another 19th-century toy that was a precursor of film, a disc with a different drawing on each side which reproduces movement when rotated.

All of the workshops will share an item, the cyclotrope, created by Mugigeldi to explain in a direct and interactive way the basic mechanisms in animation. All of the workshop participants will have the privilege of riding and enjoying the experience of this unique item.

Don't be shy, choose one, several or all of the workshops, and sign up! And don't forget to ride the cyclotrope! 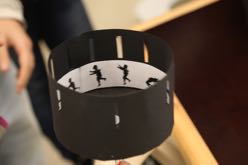 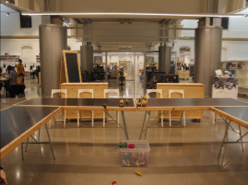