Presentation of the first three chapters

"The arrival of the first microcomputers to the Spanish market, especially the ZX Spectrum, revolutionized home computing and laid the basis of the future game industry in the country". This is the beginning of the History in Basque video games and the story of it's development, a project promoted by Tabakalera and coordinated by Julen Zaballa, that has resulted in the publication we present.

LOAD "": History of the Basque video game (1985-2009) aims to collect in a narrative way the evolution over the first two decades of the software created for recreational purposes. To this end, we have had interviews with the main protagonists, setting a story through the major milestones of the creation of video games in our territory in its historical context, including Ricardo Puerto and Raul Lopez from Zeus Software, Victor Ruiz from Dinamic Software, Sabino San Vicente from Euskal Encounter, Danel Solabarrieta from Elhuyar Fundazioa or the freelances Igor Ruiz, Iñigo Ayo and Joseba Epalza.

In the event, Julen Zaballa will present this series as well as the first three chapters of this history in video games, going back to the mid-eighties, when the foundations of this story were laid with the advent of games like Risky Woods or Rescue in the Gulf. 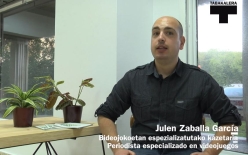 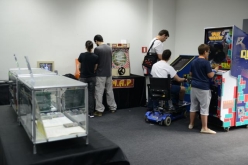 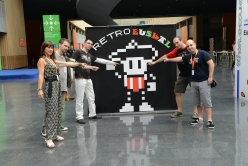